The Growing Threat of IoT

Technology often outpaces the means by which we can protect that technology. The rush to develop exciting new devices, tools, and software platforms leave security measures behind, creating massive opportunities for bad actors. One of the biggest emerging threats right now is that of the Internet of Things (IoT) – devices constantly connected to the Internet to provide an immersive, personalized user experience. 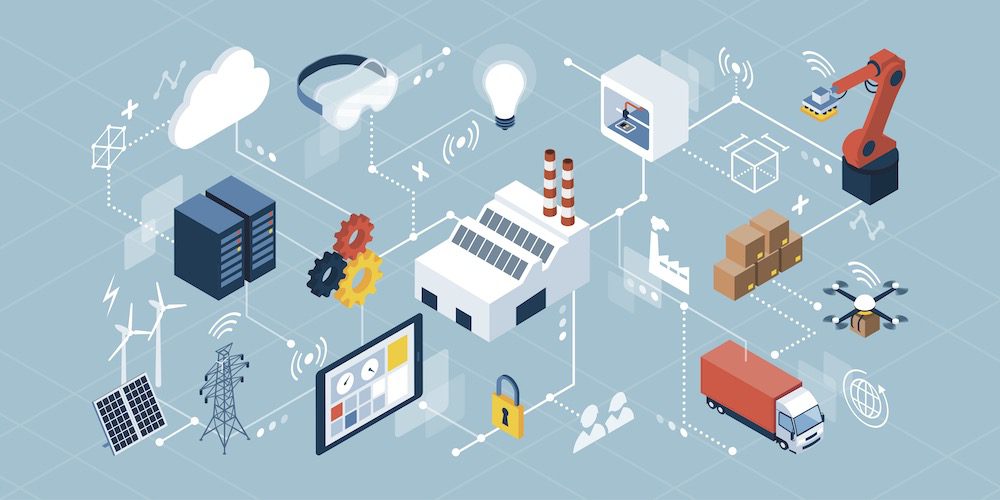 Through the end of last year, there were more than 25 billion devices connected to the Internet, and a rapidly growing number of them are appliances and other everyday devices that don’t have the security measures in place that our computers and smartphones do. To combat that, organizations are spending an increasing amount of their security budget on IoT devices, expecting to reach US$6 billion by 2023.

With a growing number of personal and non-business items connected to the Internet, but without the necessary monitoring and removal tools in place, cybercriminals have found a new threat vector that is difficult to address. While IoT devices represent a significant source of innovation, they also represent an evolving security vulnerability that enterprise organizations need to address.

There are several ways that bad actors use IoT devices to infiltrate corporate networks and access sensitive information. One of the biggest issues with IoT is that, until recently, information security was not a major consideration in the design and production of these devices. Some of the issues that this represents include:

Because of these issues, IoT devices are being loaded up with malware that can do a number of things, including establishing botnets to trigger DDoS attacks, sending fraudulent emails to individuals within the device’s network, changing the configuration settings or privileges of the devices so that they do not operate as intended, launching other malware deeper into the network, conducting other attacks to gain access to the network at large, locking other devices, stealing data as a whole, or installing backdoors into other parts of the network to enable future access to sensitive data.

The result of these changes is that IoT-related attacks have increased dramatically in recent years. The most common attacks come against routers (34%), digital video devices (23%), and the network itself. One of the most famous of these attacks was the Mirai Botnet, which used existing login credentials to infect digital cameras, DVR devices, and other consumer-grade IoT devices and subsequently was able to run DDoS attacks against major websites like Twitter, Reddit, and CNN in 2017. Other IoT attacks prevalent in 2020 included Dark Nexus, Mukashi Hoaxcalls, and LeetHozer. The number of botnet attacks boomed in 2020 and will continue to do so as long as the devices are relatively easy to infiltrate.

Assessing the Risk in an Enterprise Environment

For businesses, in particular, IoT-related threat is very real. Some of the most common threat vectors within IoT devices in the office include:

And while enterprise security has latitude over which devices are installed and the security measures implemented to control those devices, personal devices pose an even greater potential risk. Risks here include:

Generally speaking, these devices don’t hold valuable information, but hackers can utilize them to attack other devices, gain access to your network, or otherwise capture credentials that they can use to access more sensitive information. The use of AI and Deepfakes to access devices is growing increasingly sophisticated as well.

How to Address Ongoing IoT Security Threats and Challenges

By 2025 there will be 21.5 billion connected IoT devices and the global market will be worth USD$1.1 trillion. These devices and their inherent vulnerabilities are not going away, so it’s imperative that you implement procedures and protective measures to reduce the risk to your organization. Below are five major threats from IoT devices and how companies are addressing them.

To address these recurring challenges, it’s important that enterprise security professionals implement a comprehensive plan for all devices that touch their network. This includes:

The bottom line is that IoT devices are here to stay. They represent a huge leap forward in connectivity, user experience, and accessibility both at home and in the office. But if they are not properly secured, they also represent a huge risk to enterprise networks that are otherwise so carefully secured.

Learn more about what you can do to secure every component of your network. Contact Bedroc today to learn about our comprehensive approach to enterprise security strategy and how we can help you assess, evaluate, and optimize your efforts.